After a bit of a makeover during the last months, Iris is becoming more and more ready for casting off the bowlines – but more about the ins and outs of the makeover and bowlines in later posts.

The question now is rather, is the skipper and crew ready for axing the lines? In an effort to arrive there it is becoming time for a makeover on the required knowledge. In an effort to upgrade knowledge to version 2.0, I came across a new book, High latitude sailing – how to sail the cold waters of the world, written by Jon Amtrup and Bob Shepton. Both should be well versed in how to sail in the not so hot parts of the world.

The book contains useful information on items like preparation of self and boat, sailing in ice, safety, North West passage, and the list goes on. I have started to dig into it and find it a recommendable read.

About 100 years ago there was a race between Scott and Amundsen to be the first to the South Pole.

“I may say that this is the greatest factor – the way in which the expedition is equipped – the way in which every difficulty is foreseen, and precaution taken for meeting or avoiding it. Victory awaits him who has everything in order – luck people call it. Defeat is certain for him who has neglected to take the necessary precautions in time; this is called bad luck”
– Roald Amundsen, The south pole.

Hoping this book will move Iris and crew an inch toward the camp of Amundsen rather than the one of Scott. If you are interested, you will be able to find both kindle and paper versions at amazon.com, or you might just pop by your local book shop.

Disclosure: I nor the ship have received any benefit in money or in kind for writing article 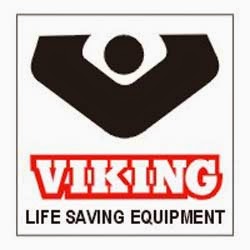